Let Us Help You Turn Debts Into Assets. 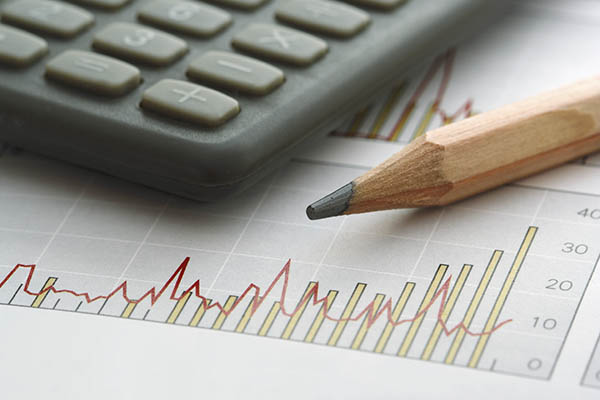 Pre-judgment collection and advising services include:

The first step that any business should take towards recovering amounts owed is to develop an internal system of noticing customers, then use that system consistently. The system should begin as soon as an account becomes delinquent and should include notices to the debtor that increase in urgency as the delinquency continues. Being diligent about reminders and late notices can reduce a company’s accounts aging significantly.

A mechanic's lien is a tool to help contractors, subcontractors, designers, and materials suppliers get paid for their work. A lien is an ownership right in property, and property subject to a lien generally can't be sold or refinanced until the lien is satisfied. The lien holder can also bring a court action to obtain a judgment based on the lien or, in some cases, an order allowing a sale of the property to pay the debt. To qualify, the materials or work provided must create a permanent improvement to the property and meet a very specific set of requirements regarding notice and timing to be valid and enforceable.

Replevin is a pre-judgment remedy that allows creditors or others with a claim of right to an asset to take possession of that asset at the outset of litigation, rather than waiting until a judgment has issued. This remedy is intended for occasions when there is reason to believe that the debtor may destroy, hide, or otherwise prevent recovery of the asset before a judgment can be issued. The creditor ordinarily is required to post a bond to ensure that the debtor is compensated for any damages resulting from the creditor taking possession of the asset in the event that the creditor is not able to prove its claim in Court.

If attempts to obtain payments voluntarily are not successful, Minnesota law provides two options for litigating a dispute.

For cases with less than $15,000.00 in dispute, a claim can be filed in conciliation court. Conciliation claims can be a relatively simple, quick, and inexpensive means of obtaining a judgment. Hearings are generally informal, with the parties presenting arguments and evidence to a judge or referee without an attorney present. The assistance of an attorney in evaluating claims and arguments, as well as preparing evidence prior to your hearing can be very helpful, though you are generally not required to have an attorney at your hearing. Business entities can be represented by an officer, manager, or other agent.

If a conciliation judgment is obtained that is not removed to district court, it must be docketed in district court before levies or other types of enforcement measures can be used to collect. Docketing is a simple administrative process that involves a filing fee of around $60.

Claims can also be filed in district court, regardless of the amount in dispute. District court claims begin with the service of a Summons and Complaint upon the debtor, who then has 20 days to respond with an Answer to the Complaint. If no answer is received within those 20 days, the creditor can file the matter with the Court and request that a default judgment issue without a hearing.

If the debtor does answer the complaint, then the discovery process can be used to establish facts of the case. In many cases creditors can obtain enough facts to obtain a judgment through a Summary Judgment or another type of motion, rather than proceeding through the entire litigation process. If a resolution is not possible by motion, the case may also be resolved through negotiation or mediation before a trial becomes necessary.

The rules and procedures of district court are complex and failing to comply with them can have serious consequences for a claim, including dismissal of the claim and fines or other sanctions. In Minnesota, entities are required to be represented by an attorney in district court and representation for individuals is highly recommended as well.

Once a debt has been converted into a judgment, Minnesota law makes many additional options available to creditors, including:

Under Minnesota law, a judgment debtor’s assets may be recovered by a creditor through a sheriff or an attorney and used to satisfy a judgment. This includes both cash assets, such as bank accounts, and tangible property, such as vehicles or equipment.

Garnishment is essentially an order instructing a third party to hold any property it may possess that belongs to the judgment debtor. A garnishment can be used after a judgment is entered or a party “defaults” by failing to answer a complaint served upon it, making it a flexible and timely tool for preserving available assets.

Levies are used to collect assets that are being held pursuant to a garnishment or are otherwise in the possession of a third party. Levies require a court order called a Writ of Execution to be obtained and served on the garnishee with the levy, meaning that they are available only after a judgment has issued and the Writ has been requested.

In Minnesota, a debtor’s wages can be garnished from his or her employer. This is accomplished by serving a preliminary notice on the debtor, then serving a garnishment summons on the employer. The employer is then generally required to hold a portion of the debtor’s income earned in the 70 days following receipt of the summons. Wage garnishments can be repeated to continue the garnishment beyond the first 70-day period.

Creditors are also allowed to perform post-judgment discovery to obtain information about a debtor’s assets. This can include open-ended questions called Interrogatories, requests for the production of documents such as tax returns, and in-person questioning during depositions or supplementary hearings.

Attorney Bryan Zlimen is an expert on FDCPA compliance. He has presented nationally on the topic and is a co-author of the Minnesota Practice Series Collections Handbook, which deals extensively with FDCPA issues.

When someone besides the original creditor attempts to collect a consumer debt, the Fair Debt Collections Practices Act (FDCPA) may apply. This act was intended to protect consumers from unethical collection practices and requires creditors to comply with strict requirements to avoid violations.

The FDCPA is one of the most dynamic laws in the United States, with courts continuously interpreting its terms in new ways and contexts. Collectors must be aware of these changes and adjust their practices accordingly.